Proverbs 31: The Heart of Her Husband Trusts Her

This chapter is one of the most powerful biblical passages in challenging the assumptions of gender in American Christianity. Most of the Proverbs are from Solomon, to his son, and are instructions that resonate deeply with men: focused on practical, shrewd ways to live, often argumentative and combative, including the passage “Answer not a fool according to his folly, lest thou also be like unto him, answer a fool according to his folly, lest he be wise in his own conceit” where Solomon gives both the positive and negative for answering a fool according to his folly (Proverbs 26:4-5). In contrast, Proverbs 31 is written from a mother to a son, about the wife she desires for him, and about womanhood in general.

This chapter is about biblical womanhood, firmly rooted in the view of the creation of Earthlings found in Genesis chapter 1. The Proverbs 31 woman is neither virulent, nor timidly submissive. I have heard so many people debate the meaning of Paul’s statements later in scripture about women teaching in the church, but they forget the very roots that Paul had in his teaching at the feet of Gamaliel, and the claim of all the scriptures that Jesus did not come to do away with the Old Testament wisdom, but to fulfill, to enrich and empower wisdom, truth, and Law. Proverbs 31 is one of the clearest pictures of what a woman rooted in Christ can be, and her relationship to her husband is clearly seen through the idea of trust.

I have been challenged as to why I feel comfortable with a wife who is intelligent, competent at business and speaks her mind with regularity, and the answer I have is rooted in trust. I know my wife, and I know that the actions she does brings honor to me, and to our family. Whether it is teaching a Bible study, running her own business, organizing our house, I have two options in response to her: jealousy or relaxed love and trust. Why would I want to act in jealousy towards my wife?

Jealousy between a husband and wife is a dark, dismal and depressing state of affairs. Rather, the goal of a husband is to let his wife bring the glory of love and relationship into the image that is traditionally ascribed to men. Notice later in the chapter, where it says that her husband is known in the gates and sits with the elders. This is a relationship of trust. In a proper marriage, the man who leads is as much his wife’s as she is his. The image here is one of complete teamwork, where the woman is involved in things traditionally given to men (business, teaching, learning, management of the household finances), while the man is doing traditional feminine things (relating to people in the gates). Trust. The woman trusts her husband, that his relationships will bring her honour and glory, and the man trusts his wife, that her decisions are for the best.

While this chapter does not show how to behave when things go wrong (read the rest of Proverbs for that), it is a beautiful picture of somethings we should all strive for in our marriages, and even our cross-gender friendships as single people.

Guys, what are some images of women in your life that remind you of Proverbs 31? 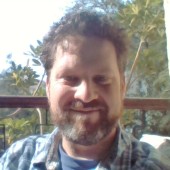 Proverbs 31: A Womans Wisdom part 3 “She loves to learn”

You Can Run to the end of the Highway